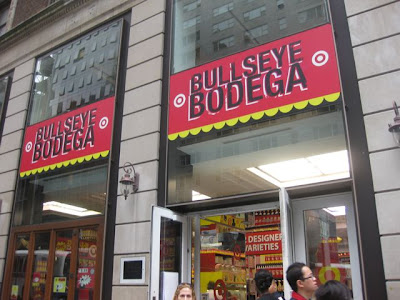 For my last day in New York City I decided to stop into Target‘s Bullseye Bodega to see what all the hype was about. Well, hype was all it was because I thought this bodega sucked a big one. 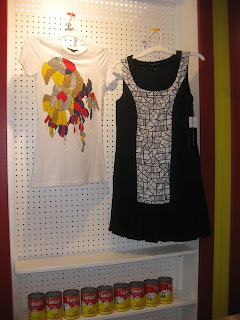 The concept was interesting. Offer brand new designer lines from Target in four little shops around NYC and make them look like bodegas. Fun, right? Not to me. It was crowded as hell in there and the atmosphere was kinda crappy … like a real bodega.

Maybe it was my fear of large crowds rummaging around for discount products that turned me off but I didn’t really see anything worth standing in line for and I love Target. 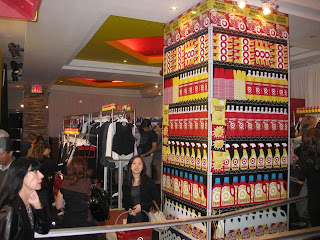 In my opinion, Target is getting a little out of control with these designer bargain collections. I was in Target the other day and I saw a pretty teal colored eyeliner. I put that bitch in my cart only to find out later that it was $18. Um, I don’t go to Target for $18 eyeliner! Helloooo … that’s why we have Sephora, people!

I don’t know, maybe I am just being a brat but I was totally horrified by this little Target bodega. Did anyone else go?? What did you think??