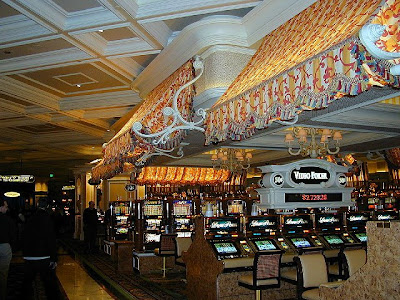 One weird thing about being in Vegas alone is being in Vegas alone. I took on this trip all on my own with no real agenda except for working my ass off at the shows. I spent day 2 at Project, which like I mentioned before was an incredible show. All of the hot contemporary and premium denim companies were there and the vibe was much more party-like than MAGIC and Pool. Since I had such a good time I pretty much lost track of time. I didn’t eat, drink water or anything while I was there — I was full off fashion. 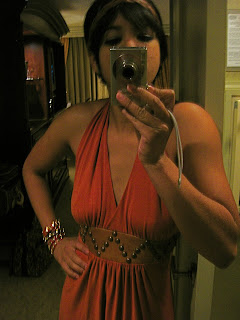 When I got back to the Bellagio I had a little snack at Yellow Tail then went back to my room to work. I was on a roll with the work but I started to feel a bit odd. For starters I was hungry again and also I felt guilty about working. I know, in what world does that make sense but in Vegas it does.

I put on my new Yoga Army dress, slapped on some makeup and headed over to FIX for a snack and a cocktail. I read that the lobster tacos were amazing so I got those. Besides the fact they are about the size of my fingernail, they were great. While I was dining alone a giant group of guys sits at the table next to me. The dudes start hitting on me and I blew them off like the bitch that I am. They ended up getting up and moving tables.

Naturally I assumed my rejection must have been too much for them 😉 But as it turns out, it was a professional basketball team and they were being moved to a bigger table. The one I blew off is apparently pretty famous … whatever. Little did I know that my basketball player blow-off would snowball into one crazy night. There was a guy next to me that thought my blow-off was pretty hilarious. We ended up sharing a desert and about 55 cocktails. He even called his friend down who was a total bad ass.

The boys taught me to gamble. I don’t know a thing about gambling and I still don’t but I do know that we played the game with the spinning wheel and I bet on #23 and #25. The table next to me hit those numbers about a dozen and a half times, while our table hit it once. We were up big time at one point but we wanted to keep going until I won enough to get a pair of YSL Tributes. Let’s just say I should have stopped when we hit two grand.

We lost all but one $25 chip. The dudes gave me the chip and I cashed that sucker in for cab fare. No Tributes this time but next time I go to Vegas … it’s on.