Day 1 Las Vegas: You got me Vegas, you got me 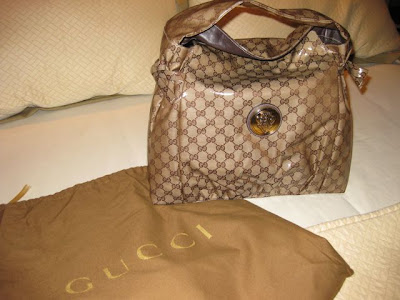 What happens in Vegas stays in Vegas right? Wrong! My little piece of Vegas is coming back with me to Los Angeles. I gave in and bought my first investment piece, a Gucci Hysteria bag. Let me break down exactly how the purchase went down. 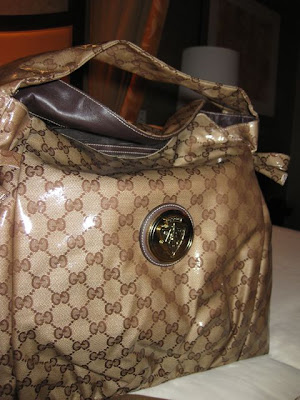 I went into the Gucci boutique at the Bellagio (damn close proximity shopping) hoping to find the bag I was obsessing over (you remember the bag.) When I approached the counter I saw another bag from the same line that was similar but not quite the same. I picked it up and asked the salesman if they had my bag in stock. He told me that they didn’t but the bag that was in my hands was totally hot and it was much less. Much less eh? Oh yes, it was much less. The bag was $750, which was a steal compared to $995.

But was I settling?

I didn’t want to so I had to be sure. I carried that Gucci bag around the store for damn near 30 minutes — perhaps more. I thought about it, I made up fake-fashion-scenarios in my head (mostly me imagining all the compliments I would get), and I of course Twittered about it. I even did something that I hate to do … I asked a complete stranger what they thought about it. My final straw was phoning a friend and that was the straw that broke the Kitties back.

I marched my little ass back into that boutique and went for it. Ahhh … feels so good.

What feels so good about it you ask? Well even though I spent $750 I feel like I saved because I was willing to spend $995 (fucked up thinking but whatever). I also feel good about the fact that I bought a shape that doesn’t have a giant waitlist … you know I don’t like having what everyone else has or will have. I also feel good about buying a piece that will carry me through the years. And lastly, this has forced a shopping ban upon me. Yes, $750 for a bag does seem crazy but I consistantly go on $300+ shopping sprees per week. And for what? Yes, some damn cute stuff but for some damn cute stuff that I wear once (or never at all). 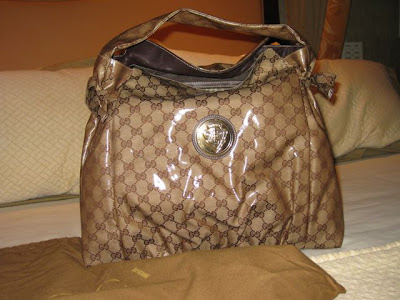 Anyways … thanks for my Twitter army for coaching me through my big spend and to my phone a friend who helped kicked me over the edge. And really, if men can come to Vegas and accidentally gamble away thousands of dollars on then I can’t spend a mere $750 on a bag that will carry me through the rest of my damn life? Makes sense right? I think it does.