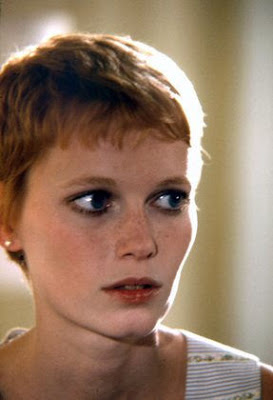 Last night I went back and forth on what to call my kitties, so many names so little time. I decided I wanted them to be my Warhol cats so I named them Edie and Marilyn.

Who knew ordering a movie would change everything. 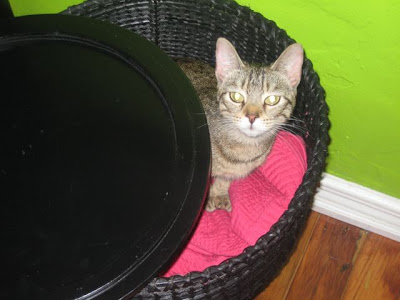 I ordered Rosemary’s Baby on pay-per-view. I had never seen the movie before so I was pretty excited. Well, I didn’t see much of the movie because one of my new kitties is a freaking psycho — it’s awesome. She (the cat) is skinnier than her sister, has bigger eyes, is wilder, and meows 24/7. The cat is lucky she is cute because she is so bat shit it’s unreal. The cat growls like a dog. It’s scary as hell, like something straight out of a horror movie.

A horror movie eh? She is psycho, part evil, big eyes, skinny, girly but tough — she is Rosemary from Rosemary’s Baby. I started calling the kitty Rosemary but I didn’t quite like it. Sounded too much like an old lady so suddenly I called out “Mia!” As in Mia Farrow the girl who plays Rosemary. My bat shit cat looked at me with those crazy eyes and I knew it was perfect.

Please forgive the crappy first pictures of Mia, that chick won’t stand still for more than 2 seconds before running as fast as she can into the wall. Like I said, psycho. 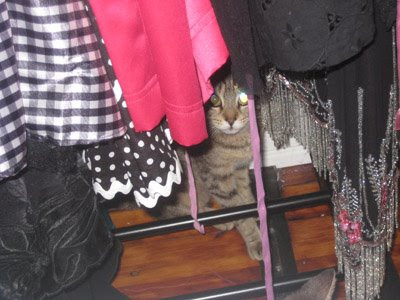 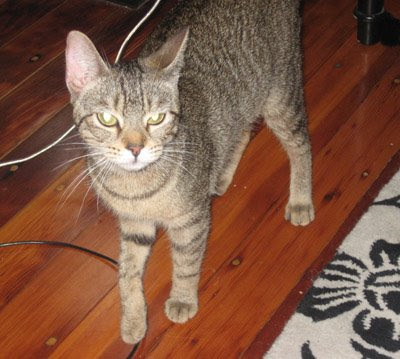 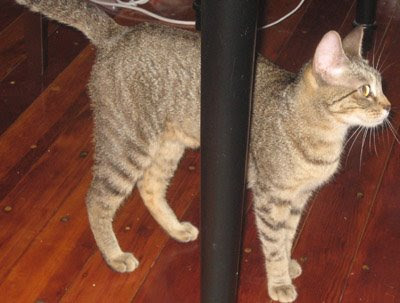